Rides may be changed or cancelled. Members should watch for ride announcements Club Facebook group.

Riders typically ride in separate groups based on their fitness, skill level, preferred route and distance. Groups form at the start location and will vary upon number of attending members, weather conditions, etc.

Please make yourself familiar with criteria before riding with a particular group.

There are usually 3 groups on Sundays: Warps, 20s and 18s. And on weekdays there will be 1 or 2 groups depending on the show.

Groups leave in order with faster pace groups starting first. It is usual for one pace group to split for shorter/longer routes.

As a rule all groups above 18 pace are drop groups, i. e. riders will stop to help with flats or mechanical issues, but typically drop groups will not slow down for cyclists that are not able to keep up due to fitness.

To separate the groups and making it easy to find them we have agreed on the following group gathering positions at the start: 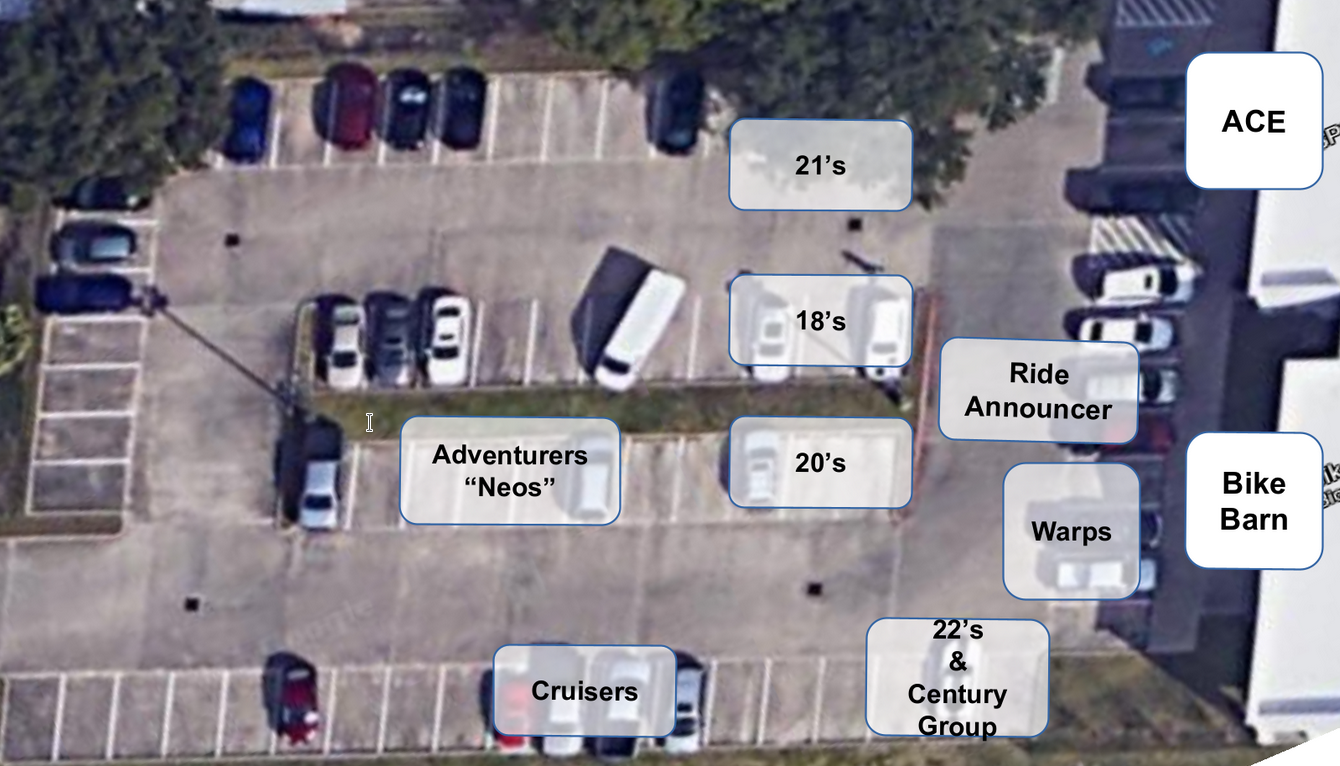 Members are welcome to organize and engage in rides not sponsored by the Club. There are frequent fast paced rides on Tuesdays and Thursdays. Such rides are also announced on Club Facebook group page.

If an official club ride is cancelled, ride can still take place except it will not be club sponsored.

The Club members also participate in many organized rides around the area. There are Club training rides for the two most popular events:

Do not park at Trek Bicycle parking lot. Use parking lot of adjacent business plaza, but park away from businesses.

Some of our most popular routes listed below. Route selection depends on many factors including weather, road conditions, day of week, rider group. Typically for non-Saturday rides all groups follow the same route, As many different rider groups are present, route selection between groups will vary.

Official ride is cancelled if at start or within 2 hours of start:

Rides may be delayed up to 1 hour past normal start time for more favorable conditions. Any further delay constitutes official ride cancellation. Examples of delayed starts include:

Individual ride leaders also have the ability to cancel rides for their respective group.

If official club ride is cancelled, riders can still proceed with caution on the non-sponsored ride.